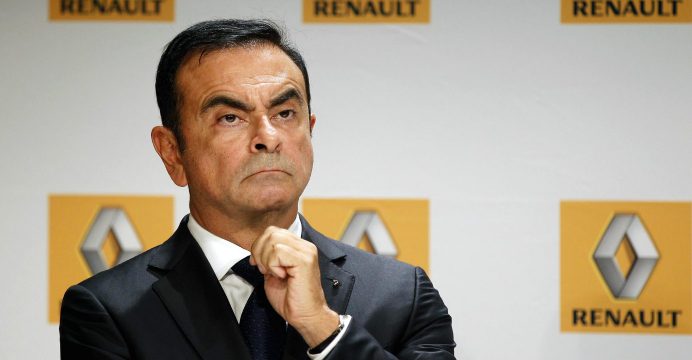 Renault to cut CEO’s pay after spat with shareholders﻿

French carmaker Renault on Wednesday said it would cut chief executive Carlos Ghosn’s pay after a spat with shareholders that saw the government threaten to change the law, reports BSS.

The company will cut the variable part of Ghosn’s salary by 20 percent, change how it is calculated and cap it at 180 percent of his fixed salary.

The council said the CEO’s pay packet was “consistent” with his peers in the industry and pointed to Renault’s strong results last year, when earnings rose almost 50 percent.

Carlos Ghosn is the CEO of Renault

The automobile giant’s shareholders rejected Ghosn’s 2015 pay packet of 7.25 million euros ($8 million) at a meeting in April, but the board ignored the vote and rubber-stamped his salary anyway.

The French government, which owns a fifth of the company’s shares, threatened to step in if the board refused to reconsider the package.

“If it does not… in the next few weeks, we will be forced to legislate,” Economy Minister Emmanuel Macron told parliament, without elaborating.

The shareholders’ rejection was the first since France brought in new “say on pay” laws in 2013, and comes at a time of growing anger at managers’ generous remuneration.

Senior executives at many of France’s top companies, including Peugeot-Citroen, Alstom and Sanofi, have all faced strong criticism for increasing their pay while ordinary workers are losing their jobs.

In October, an angry mob of activists ripped the shirt off of Air France’s human resources chief after chasing him out of a meeting about restructuring proposals at the troubled airline.

Beside this year’s pay cut, Ghosn also told the board he will donate one million euros a year from his salary to the company’s foundation.