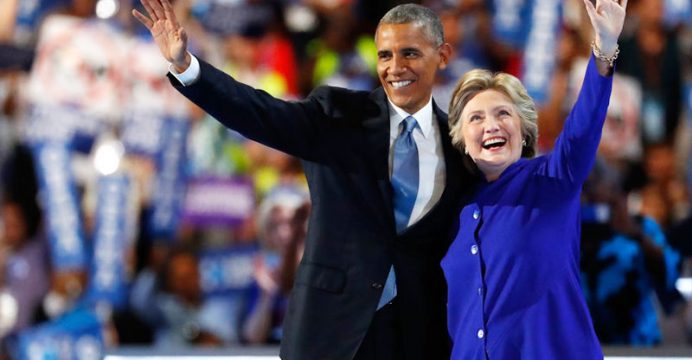 “This year, in this election, I’m asking you to join me — to reject cynicism, reject fear, to summon what’s best in us, to elect Hillary Clinton as the next president of the United States,” Obama said as he concluded his remarks.

Hillary Clinton made history on Tuesday by becoming the first woman to win the presidential nomination of a major US political party, securing the backing of Democrats at a rowdy convention in Philadelphia