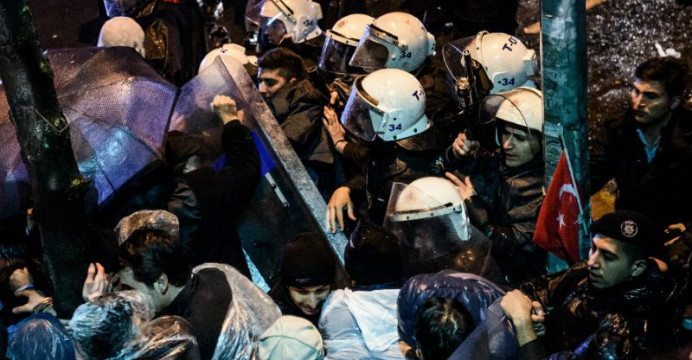 Turkey issued arrest warrants on Wednesday for 47 former staff of the Zaman newspaper, an official said, in a growing crackdown on people suspected of links to alleged coup mastermind Fethullah Gulen, reports BSS.

The official, declining to be named, said the swoop covers “executives and some staff including columnists”, describing Zaman as the “flagship media organisation” of the movement led by Gulen, a US-based preacher.

In March, Zaman and its sister English-language newspaper Today’s Zaman were taken over by state-appointed administrators and it has since taken a strongly pro-government line. The official insisted the warrants were not related to what individual columnists had previously said or written.

But “prominent employees of Zaman are likely to have intimate knowledge of the Gulen network and as such could benefit the investigation”, the official explained.

Gulen strongly denies Ankara’s accusations that he masterminded the attempted putsch of July 15, since when some 13,000 people have been detained.

London-based rights group Amnesty International said that they represented a “draconian clampdown on freedom of expression”.

Among those wanted in the new swoop are former Zaman editor-in-chief Abdulhamit Bilici, and former Today’s Zaman editor-in chief and columnist Bulent Kenes, according to the Hurriyet newspaper.

Kenes was previously accused of insulting Turkish President Recep Tayyip Erdogan in a series of tweets in late 2015. Several former Zaman staff are believed to be outside the country following the March takeover of the newspaper.