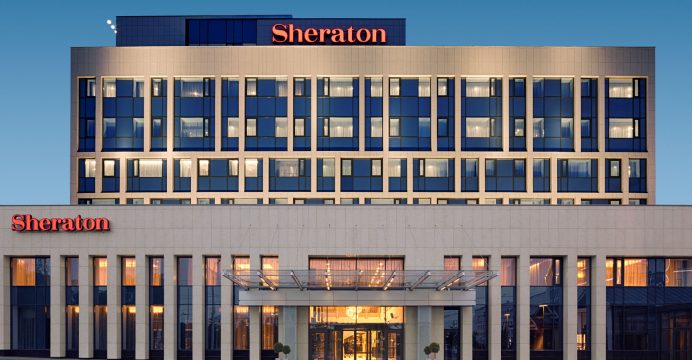 Le Méridien Hotels & Resorts, part of Starwood Hotels & Resorts Inc. (NYSE:HOT),  announced the launch of Summer Soirées, a global series of events that celebrates summer and brings the brand’s French heritage to life for guests and locals. At Le Méridien hotels from Palm Springs to Piccadilly and Manhattan to Mauritius, travelers will be transported to the Côte d’Azur with styled spaces that offer refreshing effervescent apéritifs, part of the brand’s Sparkling programme; exclusive summer playlists from French bossa nova collective Nouvelle Vague, Le Méridien’s global music partner; and a modern twist to the game of Pétanque.

“Inspired by the classic 1970s French Riviera style, when the first Le Méridien hotel debuted in the City of Light, this series of events is poised to unlock the magic of the Côte d’Azur at our hotels around the world.”

Pétanque, the beloved French pastime, will be at the centre of the Summer Soirée experience. Similar to British lawn bowling or Italian bocce, Pétanque is played with metallic balls in an often outdoor social gathering spot. Le Méridien hotels around the world will introduce signature Pétanque courts, which will be complimentary for guests, in destinations, including London, New York City, Palm Springs, Abu Dhabi, Monaco, Bora Bora and Seychelles. Summer Soirées will occur nightly, weekly or at celebratory moments throughout the summer in additional destinations as diverse as Split and Saigon, Malta andMauritius.

“Summer Soirées are a light-hearted yet chic way for guests and locals to connect to the French heritage of Le Meridien, as we reveal the renovation of the brand’s iconic flagship hotel in Paris this September,” said Brian Povinelli, Global Brand Leader, Le Méridien Hotels & Resorts. “Inspired by the classic 1970s French Riviera style, when the first Le Méridien hotel debuted in the City of Light, this series of events is poised to unlock the magic of the Côte d’Azur at our hotels around the world.”

Spectacular Summer Soirées Around the World