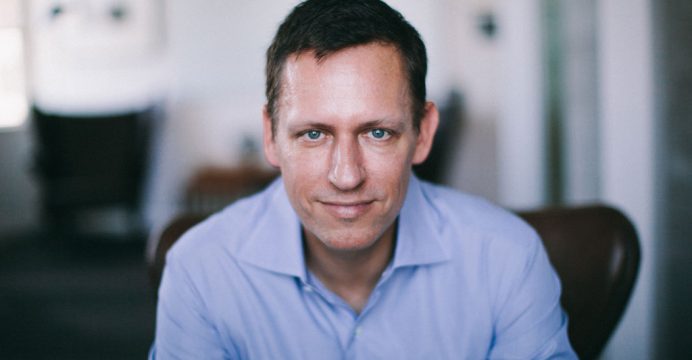 A tech billionaire on Thursday told the Republican National Convention that he was proud to be gay, admonished the party for not embracing LGBT rights and called on delegates to vote Donald Trump, reports BSS.

“I am proud to be gay. I’m proud to be a Republican,” said Peter Thiel, co-founder of PayPal and an early Facebook investor, who Forbes said has a net worth of $2.7 billion.

“I don’t pretend to agree with every plank in our party’s platform… culture wars only distract us from our economic decline,” the 48-year-old entrepreneur said on the last night of the convention.

“And nobody in this race is being honest about it except Donald Trump.”

Thiel urged the party to focus on the economy and “end the era of stupid wars” and told them to let people use whichever bathroom they want.

“Now we are told that the great debate is about who gets to use which bathroom. This is a distraction from our real problems. Who cares?” he said to cheers.

It was the first time an openly gay speaker addressed the Republican convention since Jim Kolbe, a Republican congressman from Arizona, spoke in 2000 but did not address his sexuality in his remarks.

There is currently heated debate in the United States about whether people can use the bathroom of their choice or the one which corresponds to their gender at birth.

In late March, North Carolina’s governor signed a controversial bill blocking cities from permitting transgender individuals to choose which public bathroom to use.

“He is the most pro-gay Republican candidate we’ve ever had,” he said.