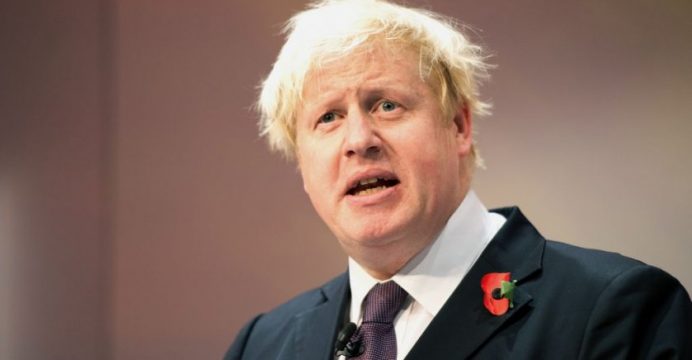 Britain’s new foreign minister Boris Johnson was to meet with his European counterparts for the first time on Monday, in what will likely be a fence-mending trip to Brussels for the outspoken politician who led the victorious Brexit campaign, reports BSS.

The gathering, which will kick off with a breakfast attended by US Secretary of State John Kerry, marks Johnson’s first high-profile foray onto the diplomatic scene after his appointment last week by Prime Minister Theresa May stunned European capitals.

It will also be a homecoming of sorts for the eccentric former London mayor, who lived in the Belgian capital in the 1990s when he was the Daily Telegraph’s EU correspondent, writing stories that whipped up euroscepticism.

Monday’s talks are expected to focus on the fight against terrorism in the wake of the deadly Bastille Day truck attack in Nice and relations with Turkey after a failed military coup there. The conflicts in Syria and Libya are likewise on the agenda.

But ministers will also be sizing up the diplomatic credentials of gaffe-prone Johnson, who is well-known for his quips mocking foreign leaders and who once famously compared the EU’s ambitions for closer integration to those of Adolf Hitler.

While officials in Brussels have stressed they will welcome Johnson as they would any new foreign minister, there is little doubt that his prominent role in last month’s vote for Britain to leave the bloc has ruffled feathers. French Foreign Minister Jean-Marc Ayrault even went so far as to say that Johnson “lied a lot” during the referendum campaign.

But the reception might not be altogether frosty, with Hungarian Foreign Minister Peter Szijjarto praising Britain’s decision to appoint a man “with fresh ideas”.

EU foreign affairs chief Federica Mogherini was the first to welcome Johnson to Brussels, with the pair meeting informally “for an initial contact” on late Sunday. A Sunday evening dinner that had been planned for all 28 EU foreign ministers was cancelled however.

Several countries opposed the dinner, saying that it amounted to “informal talks” with London before it had triggered the formal procedure for leaving the EU, according to an anonymous diplomat. EU leaders are adamant they will not be drawn into negotiations until London has sounded the official starting gun.

Johnson’s own influence in the Brexit process may be limited however as Prime Minister May has named leading Conservative eurosceptic David Davis as a special minister for Brexit.

In an inauspicious start to his first trip abroad as foreign secretary, the Brussels-bound plane Johnson was travelling in Sunday had to make an emergency landing near London due to a technical issue, delaying his meeting with Mogherini.