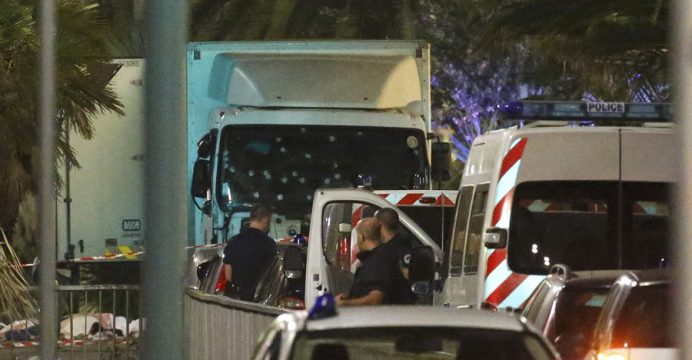 The UN Security Council on Thursday strongly condemned the “barbaric and cowardly terrorist attack” that took place during Bastille Day celebrations in the French city of Nice, reports BSS.

At least 80 people including children were killed and dozens injured when the attacker drove a truck through a crowd watching a fireworks display to mark the holiday.

The council unanimously adopted a French-drafted statement that “condemned in the strongest terms” the attack and expressed condolences to the families of the victims.

The council reaffirmed that terrorism constitutes one of the most serious threats to world peace and security.

“Any acts of terrorism are criminal and unjustifiable,” said the statement from the 15 council members.

The attack was the third major strike against France in less than 18 months.

This article has been posted by a News Hour Correspondent. For queries, please contact through [email protected]online
No Comments