One man gored in leg during bull run in Pamplona

One man was gored in the leg and seven people treated for minor injuries in the seventh bull run in this year’s San Fermin festival in Spain, which featured fewer runners after overnight rain left the streets more treacherous than usual, reports Reuters. 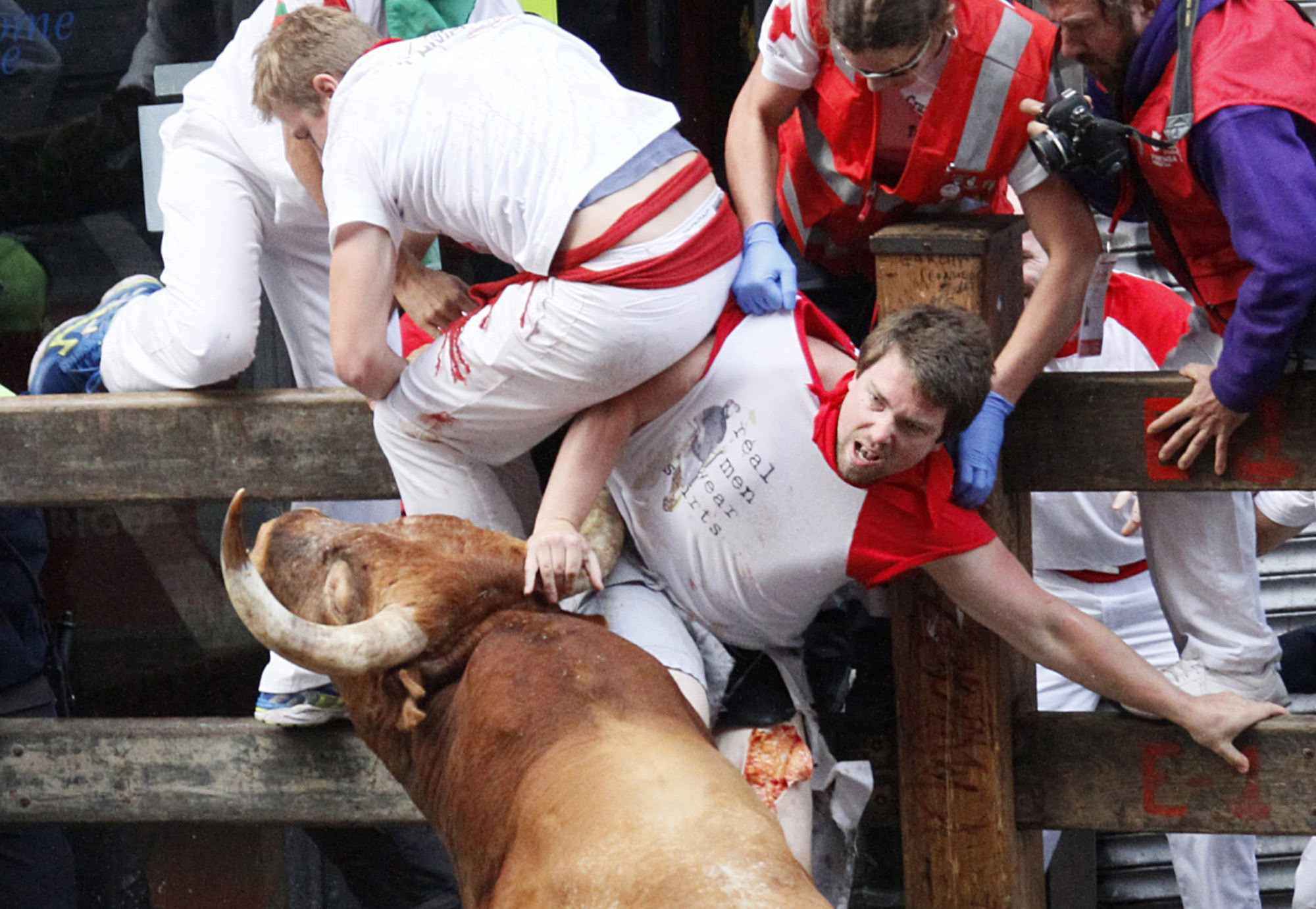 The 875-metre sprint from the pen to Pamplona’s bull ring by specially-bred animals chasing red-scarved runners through the city’s cobbled streets is a central part of the nine-day festival in the northern city of Pamplona.