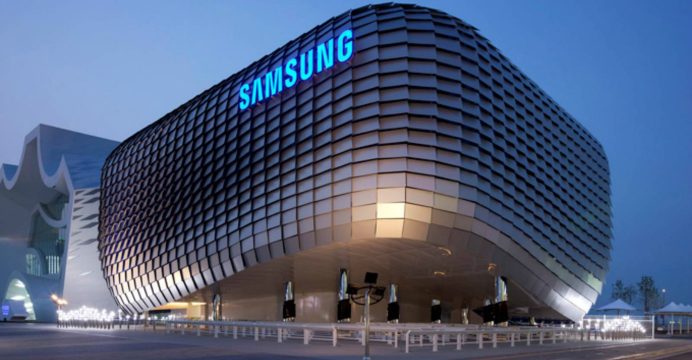 In collaboration with the International Olympic Committee (IOC), Samsung will deliver 12,500 Galaxy S7 edge Olympic Games Limited Edition and Gear IconX to all Rio 2016 Olympians, helping them to enhance their experiences in Rio and communicate with family and friends around the world more conveniently.

For the first time ever, the Rio 2016-inspired device incorporates an Olympic Games design embedded into the phone itself, featuring a custom colorway pattern including the five official colors of the Olympic Rings. The colors of the Olympic Rings will also be prominent in the phone’s user interface in the home and lock screens as well as the message, dial and contact screens and notification bar.

“Sports are all about an individual’s relentless journey of challenging complacency, and the Olympic Games are the ultimate global celebration of the progress and achievement of athletes, countries and their fans coming together to unite the world,” said Younghee Lee, Executive Vice President of Global Marketing, Mobile Communications Business at Samsung Electronics.

“Samsung admires the spirit of Olympians and fans across the globe who continuously push boundaries for the better.”

Samsung is also offering fans and consumers a chance to commemorate the Rio 2016 Olympic Games by creating a limited number of Galaxy S7 edge Olympic Games Limited Edition that will be available beginning July 18th. 2,016 phones will be available in selected countries including Brazil, the United States, China, Germany and Korea.

“Samsung’s technology has helped to engage with fans and especially young people around the world. The IOC is grateful for their partnership in providing Samsung Galaxy S7 edge Olympic Games Limited Edition to the athletes that will compete in Rio de Janeiro. This will enable the athletes to connect with their friends, family and fans and share their amazing experience at the Olympic Games. With Samsung’s support, we look forward to inspire people everywhere with Olympic Values, the unique experience of the Olympic Games and the power of sport,” said IOC President Thomas Bach.

Samsung will celebrate the spirit of the Olympic Games through a variety of initiatives leading up to and during the Rio 2016 Olympic Games, including:

In the lead-up to and during the Games, fans are invited to interact with Samsung’s latest technology and connect with the Olympic Games at Samsung Galaxy Studios. The interactive studios will feature a variety of activities, including enhanced virtual reality experiences where fans can feel the exhilaration of various Olympic sports first-hand.

A new and unique 4D VR offering will be available at select Studios where fans can step outside their comfort zones and into specially designed seats to feel the high-speed thrill of kayaking, a ride that has to be felt to be believed.

Studio visitors will also have the opportunity to collect specially-designed Olympic Games pins, including 22 Olympic Games sport-themed pins, as well as eight sets of special pins designed with symbolic elements of Brazil.

The Galaxy Studios will also provide opportunities to test out and purchase Samsung’s newest products, participate in games, and more. In addition to three Galaxy Studios in the Olympic Park, Samsung will have several studios throughout Rio, Sao Paulo, and local cities in Brazil.

THE RIO 2016 APP: ENHANCING THE OLYMPIC GAMES THROUGH INNOVATIVE TECHNOLOGY

The official application of Rio 2016, “The Rio 2016 App”, developed by Samsung in collaboration with the Rio 2016 Organizing Committee, provides athletes, fans and consumers with 24/7 updates on all of the latest Olympic news.

The app will be updated in early August to provide the official Olympic Games schedule, venue and event information, results, medal counts, and more real-time updates.

Samsung Galaxy phone users can also use the S-translator customized for the Olympic Games. The Rio 2016 Official Application is available for free download through the Samsung Galaxy Apps, Google Play for Android, App Store for iOS, and selected App Store in China as well as the Windows App Store.

The “Olympic Athletes’ Hub” app, developed by the IOC, will be installed on each Olympian device, where they will find relevant information to make the most of their experience at the Olympic Games Rio 2016.

With the app, athletes will be able to reach out directly to the IOC and the IOC Athletes’ Commission and can also learn about all the resources and programmes the IOC is making available to athletes.